Last week Ray Wilkins passed away, the legendary England midfielder who played for AC Milan in the mid 80’s. Milan legend Franco Baresi paid tribute to Wilkins yesterday before the Milan Derby, calling him ‘the ideal teammate’.
Wilkins, remembered as an absolute gentleman but also a fierce winner, joined Milan in 1984 together with compatriot Mark Hateley.

Here he is in a interview talking about his time at Milan and his thoughts on why they became so successful in the 90’s. I believe it’s taken from Channel 4’s Football Italia, the hour long retrospective show (hosted by cult favourite James – ‘Meeelan’ – Richardson) which covered the golden years of the Serie A in the 90’s and early 00’s and enthused an entire generation of British footballfans.

See our blog section for other calcio related blogs. 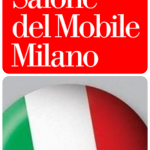